Gosh so much to recount , but I will start with my less than positive experience of Basingstoke .

Molly came in season earlier than anticipated so I arranged a date with Jan, Rosko’s mum, for her and Rosko. We set off from home with a dodgy sat nav, which Chris had reassured me was behaving. To cut a long story short,  with no functioning sat nav  I experienced what Basingstoke has to offer in traffic islands, not the type of driving rural Shropshire has to offer. After 5 hours Cas, bless her, rescued me (I have never been so happy to see a familiar face ). Molly and I followed Cas and arrived at Jan’s house. I was so  stressed my nerves were shattered and Molly, being the  perceptive character that she is, knew mum was not her usual self.

Poor Rosko got short shrift,she did not want him near her. Being the gentle soul that he is, he became tentative in his advances!

Cas sent Jan and I  into the kitchen for a cuppa, Molly relaxed and decided Rosko was gorgeous after all. All Rosko needed was a little more time but I did not have that luxury, especially as I was worried I had a 5 hour journey home.

Cas to the rescue again, she guided me to the motorway junction and I arrived home 2 hours 40 mins later, tired but safe.

The upshot of this tale is we have various plans afoot and will go again the end of the year.

The next adventure in my life was my garden open day for the National Garden Scheme . On July 2nd we opened our gates to 190 people. The sun shone and the garden was as ready as we could make it . We had friends filling various supporting roles to help the day run smoothly. Car park attendants, Peter and Al, who were kept busy even before our official opening time. Apparently aficionados of NGS arrive early to get first dibs at the plant stall, which was ably manned by Jan. A whole team were kept busy at the tea and cake stall. Thank-you ladies. We couldn’t have done it without everyone’s generous support.

The day was rounded off with helpers enjoying a few bevies and a couple of home made curries in the garden , which rounded the day off perfectly for Chris and I. 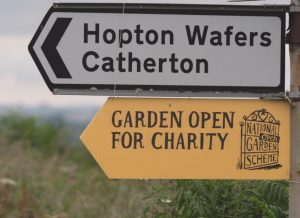 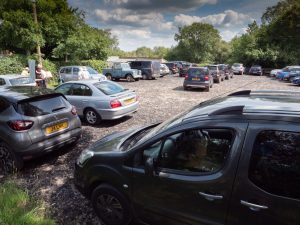 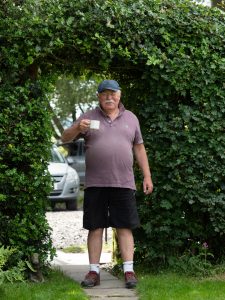 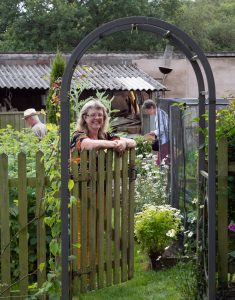 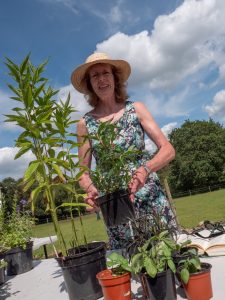 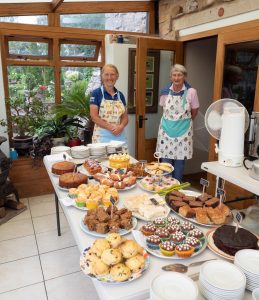 By now my new hip replacement was 3 months old so I was ready to get back riding.

My first 2 rides were wonderful, my beautiful girl Issie was ready and willing.

The third time I noticed she was lame while coming home . On return I picked out her foot and found the culprit, (a small stone) or so I thought!

Nerve blocks, xrays , injections , remedial shoeing and daily painkillers could not make her sound. I was devastated. She had sidebone , common in her type of animal which was unlikely to be the cause of the issue in both feet, but in her right foot there were 2 spurs of bony growth on the front of her short pastern .

The upshot is Issie has gone back to her breeder for an easy life, no work to see if the lameness is mild enough for her to be happy.

I adored Issie , her temperament and willingness to give anything a go was exemplary. It broke my heart.

The stud have been amazingly supportive and positively encouraged me to look at their beautiful horses and select another.

A new chapter has begun in my life  with Heathcliffe. He is 7 years old, unbroken and gelded last year. He is the same type as Issie, a traditional gypsy cob, but this time dapple grey. So now we have all boys once more in the field.

Heath has settled in unbelievably well, he gets on with Pepper, and Patrick positively adores him, no shenanigans, Pepper is boss. His training is going well, he is  so like all Lionheart Stud horses, a wonderful person , loves being handled, brushed, bathed etc. He has had his feet trimmed for the first time ever and behaved brilliantly. I think my farrier, whom I have known for 35 years, thought I was nuts bringing home a recently cut 7 year old.  Heath had all feet trimmed like he had been doing it all his life, his teeth have been rasped, he is happy with a bit and is being longreined. I am loving this new relationship, hopefully we will be out showing and dressaging next year. 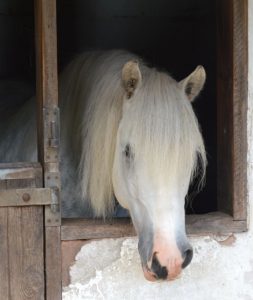 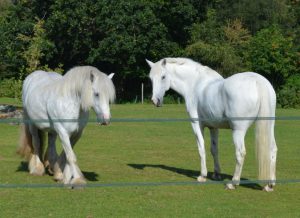 Chris  is enjoying having a little more time at home this Summer having retired from one of his jobs. One of his ambitions has been to do a dressage to music freestyle test with Pepper. Well he has done it, mind you I am amazed at how much hard work it created.

He and Pepper went out for the first time and did his test to 2 pieces of music, War of the Worlds and Game of Thrones. They were amazing and won the class with a staggering 83% (9 competitors ) I am so proud from nothing to winning in literally 2 weeks.

I am hoping the Summer will return for us to continue Heathcliffe’s education. It is very windy here at Catherton today and wet. I was supposed to have agility which we cancelled hence a little bit of spare time to writ my blog .

Me and the girls will be at a few shows this Autumn starting with Welsh KC .

Oh and by the way, we have agreed to do the NGS next year!

I will review the coronovirus situation regularly and hope classes under strict social distancing rules can commence in the not too distant future. Please keep an eye here for further info .

Missing everyone on Fridays , puppies have gone to their new homes, one of which we delivered to Suffolk!

Our new family member is called Puzzle , hopefully you will get to meet her before she grows up .

I will monitor the situation and will keep you posted, hoping to start in the not too distant future . Social distancing is easier outdoors . 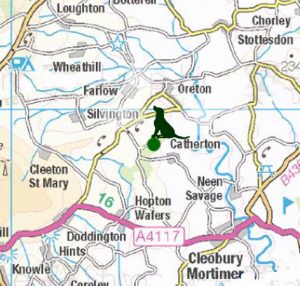 Location for agility and consultations – 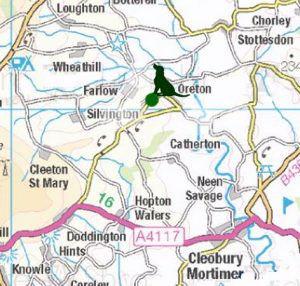 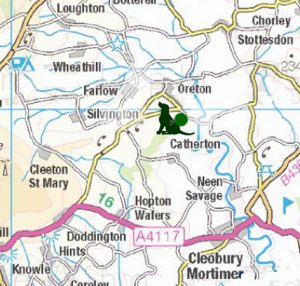